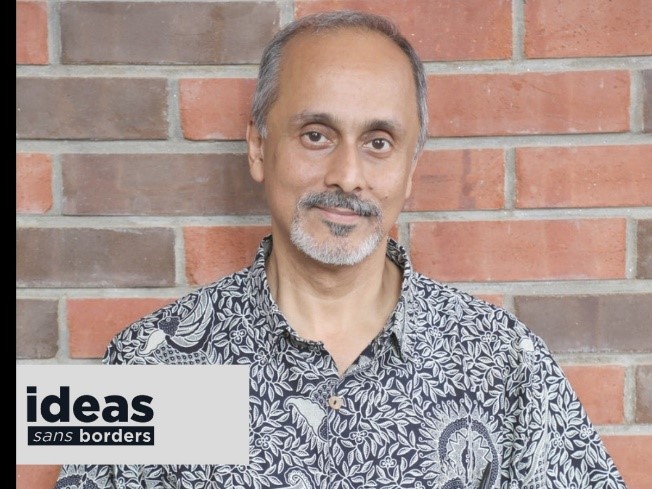 April 11, 2020:…Dr. Gautam Menon interacted with the Krea Community to help comprehend the obscurities of COVID-19 through disease modelling.

“All of us model all the time with what lies around. We attempt predicting situations through mental perspectives. These are mental models.”

Dr. Gautam Menon kick-started an evening which simplified the complexities that surround modelling of infectious diseases. As he navigated through the interaction, he explained the art and science of disease modelling.

Addressing the students, faculty and staff at Krea University, Dr. Menon spoke as a part of VENI- The Ideas Place’s ‘Where Critical Thinking Meets Creativity’ series. The session was hosted by Dr. Akhila Ramnarayan, Divisional Chair of Literature and Arts at Krea and curator of programming at VENI and moderated by Dr.Anand Sahasranaman, Assistant Professor of Mathematics, Division of Sciences, Krea University.

Dr. Menon is currently Professor of Physics and Biology at Ashoka University and Adjunct Professor at Tata Institute of Fundamental Research. He is on leave from the Institute of Mathematical Sciences, Chennai, where he is a Professor in its Theoretical Physics and Computational Biology groups.

Dr. Menon began by introducing us to his work on mathematically modelling infectious diseases, and spoke about how the modelling perspective is enriched at the intersection of disciplines. He recounted his experience in physics and his journey into biology, which he termed would be the science of the 21st century. He stressed on the importance of models in bridging the gap between problems and effective policies. On epidemic models, he held that they helped predict the likely path of an epidemic and hence enabled preparation for any upcoming crisis.

Taking us through an entire gamut of terms and simplifying it for the audience, Dr. Menon explained how what we think of diseases has changed over the years. He then introduced the SIR model originated by Kermack and McKendrick in the 1920s, explaining how the model divides the population into three compartments- Susceptible, Infected and Recovered. Tracing the evolution of the model, he spoke of varied versions of the model guided by the same essential principles, and their usage over time to ask different sets of questions, as is the case with COVID-19. Dr. Menon said that every successive model builds on a previous model and that there were dynamic changes in response to information from the ground, and hence the need for constant recalibration. On being asked about the impact of SIR type models in actually predicting the evolution of a disease, he cited the example of the use of the model in the UK during the Foot and Mouth Disease outbreak, where it helped control the extent of damage. He also introduced the Basic Reproduction Number (R0), which is simply the expected number of infections caused by a single case in a population, and a critical parameter used to understand the spread of diseases.

Reflecting on the old story of the sage who asked the king to give him one grain of rice on the first square of a chessboard, and then double the quantity in every square till all squares were exhausted, he explained the nature of exponential rise in numbers in an infectious disease. COVID-19, with its easy transmissibility even from asymptomatic cases, was proving to be a classic case of exponential growth.

When the discussion turned to the question of data, Dr. Menon said, “Models are only as useful as the data you put into them”, and stressed the need for accurate numbers from the authorities. He discussed the need for testing, identification, isolation, concentration on hotspots, and need for robust healthcare systems in the context of flattening the curve in India, and emphasised that while the current lockdown is important, it is optimally useful when backed with resourceful testing. 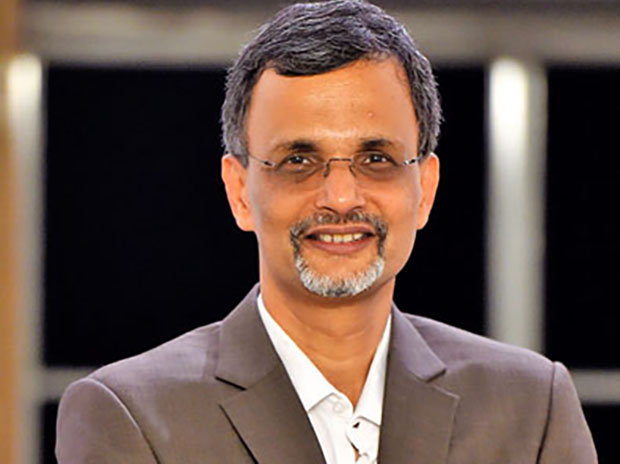 A member of the Prime Minister’s Economic Advisory Council, and Dean (on Leave), IFMR GSB, V. Anantha Nageswaran, speaking in his personal capacity, has said that it is too early to say if the present 21-day lockdown was “the right decision” or not

How a solo note gained resonance to become a multi-media effort. Ever since the lockdown began, Prof. Anil Srinivasan through creative collaboration collected over Rs 9.8 lakh during the lockdown.