In 2008, Aditya Mittal was named “European Business Leader of the Future” by CNBC Europe, and he was ranked fourth in Fortune magazine’s “40 under 40” list in 2011.

He is a Board Member of the Wharton School and also serves on the board of Iconiq. He is also a significant supporter of the Great Ormond Street Hospital in London and works closely with UNICEF, focusing on children’s healthcare in India.

Aditya graduated with a Bachelor’s degree in Economics from the Wharton School in Pennsylvania, US. 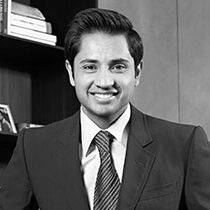