Dr. Akash Kapur is a writer and journalist. He is a former columnist for the International New York Times and the author of a book, India Becoming, which was named by The New Yorker and The New Republic as “Best Book” of 2012, and The New York Times as an “Editors’ Choice.” He graduated from Harvard University and has a D.Phil (Law) from Oxford University, which he attended as a Rhodes Scholar. He is a Senior Fellow at the GovLab at New York University, where he writes and researches on topics related to open data, ethics and technology and Internet governance. 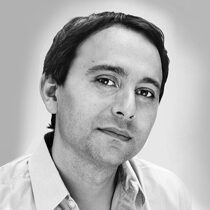