Dr Anantha-Nageswaran is also a Consultant, Teacher and Writer. He has a Post-Graduate Diploma in Management (MBA) from the Indian Institute of Management, Ahmedabad (1985) and a doctoral degree in Finance from the University of Massachusetts in 1994 for his work on the empirical behaviour of exchange rates.

Between 1994 and 2004, he worked for Union Bank of Switzerland (now UBS) and for Credit Suisse in Switzerland and in Singapore. In July 2006, he joined Bank Julius Baer & Co. Ltd. in Singapore as the Head of Research for Asia. In March 2009, he was appointed as the Chief Investment Officer for the bank, and has been consulting, writing and teaching since July 2011. 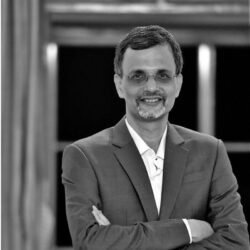