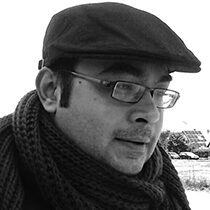 Arani Basu received his Ph.D., from the Institute for Asian and African Studies, Humboldt University, Berlin, in 2016. He grew up in Kolkata and completed his Bachelor’s in Sociology from St. Xavier’s College and Master’s in Journalism and Mass Communication from the University of Calcutta. Following this, he completed a diploma from the South Asian Media School, Goldsmiths, University of London. Arani has also worked as a journalist and lived in different cities across South Asia.

His doctoral thesis was on the propaganda of media in India, where he largely worked on and with the theories of Noam Chomsky and Jürgen Habermas. He also keenly observed the blatant nexus between the political, economic and media elites in India as an outcome of his doctoral thesis. Presently, Arani is conducting research on indigenous people in India through the prism of progress and development. Here he critiques the initiative by the state and the market to bring indigenous people into the fold of ‘modernity’ based solely on economic and technological development criteria , which undermines their cultural particularism.

Arani is also interested in the media-religion-migration interface and is currently exploring the integration of South Asian transnational migrants in Germany. He is working simultaneously on his first book on media propaganda.

Arani has been teaching various masters level courses during his stay at Humboldt, including courses on Introduction to Sociology, Sociology of Media and Road to Democracy.