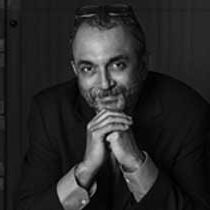 Mukund Padmanabhan was the Editor of The Hindu between March 2016 and the end of February 2019. Earlier, he was the Editor of The Hindu Businessline from 2016 onwards. Mukund is an M-Phil in Philosophy and worked briefly as a lecturer in University of Delhi before switching to journalism. He is interested in and has written about politics, legal affairs, and literature. Before joining The Hindu group in 1997, he had worked with Sunday Magazine in Kolkata and the Indian Express in Chennai.

He was an adjunct faculty of the Ateneo de Manila University in the Philippines, where he taught credits on media law and advanced writing to post-graduate students. He curated two festivals of theatre and music — The Hindu Theatre Fest, and The Hindu November Fest — on behalf his newspaper group, events which have been conducted in Chennai, Hyderabad, Bengaluru and other South Indian cities since 2005. He also curated an annual thought conclave on behalf of the newspaper called The Huddle, which is held in Bengaluru