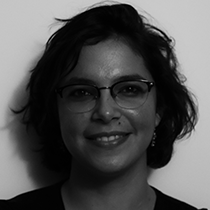 Naina Manjrekar received her PhD in History from the School of Oriental and
African Studies (SOAS), London in 2018. Her doctoral research explored the political worlds of South Asian lascar seamen in the late colonial period who worked on transcontinental ships. An understanding of their lives and voyages along international shipping routes contributes to an understanding of the global influences on the anti-colonial movement in India. While scholarship on global encounters usually focuses on mobile scholars and statesmen engaged in cosmopolitan exchanges, her research suggested that since the great majority of ‘movers’ in the twentieth century were subalterns – millions of indentured and free migrant labourers, soldiers, sailors or refugees – the effect of their mobility on the circulation of ideas needed to be studied to complete this picture of the modern world.

Her research lies at the intersection of histories of migration, labour, anti-colonialism and cosmopolitanism. In the course of her PhD, she secured scholarships from the Inlaks Foundation, the Charles Wallace India Trust and the Institute of New Economic Thinking (Harvard and Cambridge). Before going to SOAS, she was awarded her MA in History at Jawaharlal Nehru University and BA in English from the University of Delhi.

Following her PhD, Naina was Caird Fellow at the National Maritime Museum in Greenwich, UK, where she studied colonial cooks working on British passenger ships before Second World War. She was also awarded the 2018 Sir Julian Corbett Prize in Modern Naval History for her article ‘Decolonisation from the Seas: Mutiny in the Royal Indian Navy, 1946’, by the Institute of Historical Research, London. The article will appear in the Institute’s journal, Historical Research. She has previously taught courses in South Asian history, historical methodology and urban history at SOAS, and designed a course on colonial subalterns in the World Wars.