Gp Capt P Ramesh is a veteran from the Indian Air Force with 28 yrs. of distinguished military combat service. As a helicopter pilot he has flown more than 3700 hrs in all operational roles and has been awarded a medal by the Air Force Chief for Exceptional handling of a critical and life threatening situation on board an aircraft.

With flying experience on 4 different types of Indian & Russian helicopters in roles as varied as Disaster relief, Assault, Special Ops, NVG and Air support missions both in India and abroad, he was also selected as crew for the prestigious VVIP Squadron which transports the President, Vice President & Prime Minister of India.

Among other notable achievements – he has headed a Strategic weapons unit, worked with the NSA on various projects of strategic importance, Missile project team leader handling multiple weapon design projects at DRDO, Director of a Golf Club & Air Force School at Delhi, Chief Instructor at a premier IAF training Institution for mid-level military officers & Lead Project manager for the first & only runway built on a Highway in India located on the Agra-Lucknow Expressway.

He holds a Commercial pilots licence, an MBA in hospital management & is a passionate soft skills trainer who volunteers for motivational lectures in schools & colleges to encourage the youth to join the armed forces. A core fitness enthusiast, he plays Golf and holds a First Dan Black Belt in Kickboxing. His family comprises of wife Deepa, an Electrical Engineer who worked in Dell for 6 yrs., daughter Gayatri pursuing 4th year Law from Bangalore and son Karthik studying in class 11.

After taking a voluntary retirement from the Air Force in 2016, he served as General Manager of a large Eye Hospital in Calicut from where he now joins the KREA team 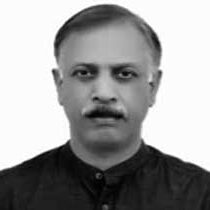