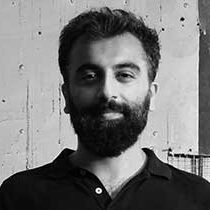 Prayaag Akbar is the author of a critically-acclaimed work of fiction, Leila. His novel, published early in 2017, won the Tata Lit Live! First Book Award and has been shortlisted for the Edinburgh International Bookfest First Book Award, the Hindu Prize for Best Fiction and the Shakti Bhatt Award. It is now being developed into a series by Netflix. In July 2018, a new edition was released in the United Kingdom and a number of other territories.

Prayaag has worked as a journalist in a number of leading Indian publications. He was a consulting editor with Mint, a leading Indian financial newspaper, and before that was the deputy editor of the news website Scroll, where he was an early member of the team.

He completed his M.Sc. in Comparative Politics at the London School of Economics, where his Master’s dissertation studied how local-language media represented communal violence during the Gujarat riots of 2002. He has a B.Sc. in Economics, with a minor in Political Science, from Dartmouth College.