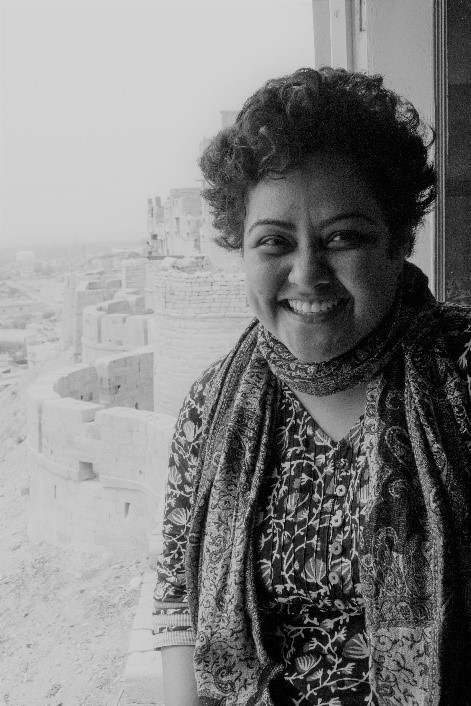 Centre for Writing and Pedagogy

Pritha has received her doctoral degree in Cultural Studies from The English and Foreign Languages University, Hyderabad. She has been an editor, journalist, and written for advertisement and branding before coming into academics. Her area of research interest encompasses film studies, dance studies and performing arts, screendance studies, new media and questions of gender, labour, ideology, class and caste. She has previously worked at the media department of Symbiosis International (deemed university) where she taught several subjects in Writing, Films, Journalism, New Media and Advertising. Pritha has also published in several peer-reviewed journals and has worked at the Media Lab, Jadavpur University as a film archivist. She has been the recipient of the Pad.Ma Film Research Fellowship, the CSDS-ICSSR doctoral fellowship and the NFAI film research fellowship. Her current research project tracks the changing body image of the dancing bodies on screen in Hindi cinema and its relation to the neoliberal ideology.