Mr. Seshasayee is the past Chairman of IndusInd Bank and currently serves on the Board of Asian Paints Ltd. He is a Chartered Accountant and started his career with Hindustan Lever Ltd. He was the Executive Vice Chairman of Ashok Leyland in 2011, and was Non-Executive Vice Chairman, until July 2016. He has also served on the Boards of Infosys (as Chairman), ICICI Ltd./ICICI Bank and NIT, Tiruchirappalli.

He won many honours, including the Lifetime Achievement Award from the Institute of Chartered Accountants of India. 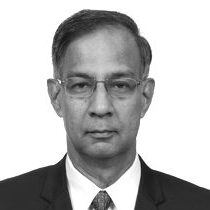