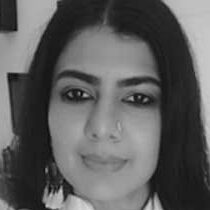 Swarnamalya is a combination of a performer with over 35 years of experience, a scholar of dance history and a trained academician in art practice and sociology. Her Ph.D. dissertation was on Research and Reconstruction of lost dance repertories of medieval South India (Nayak Period). In a pioneering effort she studied in depth, the history and sources involved in the lost performing traditions to reconstruct them. From the Attic is a performance-lecture-exhibition series based on her research. From collaborations with artistes of various genres to reflecting the multi-cultural historicity of dance and music in South India, FTA stands as a unique voice that speaks of inclusivity and harmony as inherent values of performing traditions. Jakkini, Sivalila, Gondhali, Perani are some of her reconstructed repertoires.

Her further research interests include Sadir as the subaltern form of Bharatanatyam through gender, culture, society, stigma and political movements. Her first book was titled “Nammai Marandarai Naam Marakkamattom” (Tamil) based on her successful production on the same title, a POV of Madhavi of Tamil epic Silappadikaram. She researched to bring to light “Company repertoires” under her production Dancing in the Parlour. Her more recent production Choreographing Society- a tryst with destiny questioned India’s position on surrendering to inherent inequality, identities that carry stigma and the democracy striving to relieve from it. As a writer, some of her eminent contributions to the critical theories on performance history address Notions of Classical in Bharatanatyam, Sex and Gender in Performance, Mired in Dravidian Politics, Womanity, Daughters of Pandanallur – the other story.

In her professorial capacity she has designed and taught courses such as Past performing practices, Art as history and Women in Performance, Literature and Media, which cover archival writing practices, performance in the study of the body and culture as a lived experience. Her more recent addition has been a workshop style course on ditties and dances of folk and tribal cultures from across the world titled “Or Muf Leh” She is also a sought after speaker on topics pertaining to education, art and culture.

As a Fulbright-Nehru Fellow for Academic and Professional Excellence, Swarnamalya went to UCLA to teach and pursue post doctoral research. She is trained in Indian and Middle Eastern music, epigraphy, history and archaeology. She has received prestigious awards and fellowships for her contributions. She is the Director of Ranga Mandira Academy of World Dance/Performance and Indic Studies which works at providing education in Performing Arts. Ranga Mandira runs a community radio for the arts and also creates a platform for sustainable development for the hereditary artiste communities. She is a visiting faculty to SASTRA University, Madras University, and a guest faculty to Ashoka University, Bridgewater State University (Boston), and Flame University.