A renowned musician and public intellectual, TM Krishna has started and is involved in many organisations whose work is spread across the whole spectrum of music and culture. His path-breaking book – “A Southern Music, The Karnatik Story”, published by Harper Collins in 2013 was a first-of-its-kind philosophical, aesthetic and socio-political exploration of Carnatic Music. For this, he was awarded the 2014 Tata Literature Award for Best First Book in the non-fiction category. In 2016, Krishna received the Ramon Magsaysay Award in recognition of ‘his forceful commitment as artist and advocate to art’s power to heal India’s deep social divisions’. 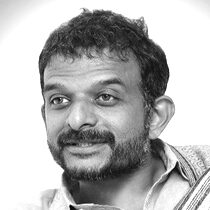