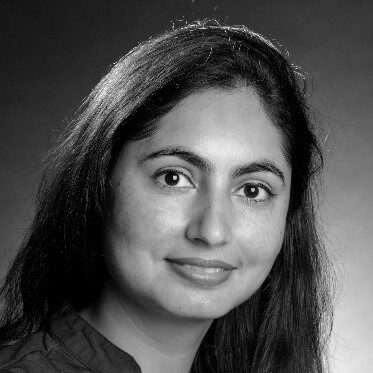 Vaishali Sharma has a Ph.D. in Structural Biology from Centre for Magnetic Resonance, University of Florence, Italy, which is one of the largest biophysics laboratories in Europe. Her studies were focused on proteins that are involved in iron metabolism and assimilation in humans. She studied the interaction of these macromolecules with deoxyribonucleic acid (DNA) and their consequential molecular cascading events.
Vaishali worked as a post-doctoral researcher at the laboratory of Cellular dynamics, Max Plank Institute of Biophysical Chemistry, Göttingen, Germany and studied the alpha synuclein (ASN) protein, whose accumulation leads to neurodegeneration leading to Parkinson’s disease in humans. This group is a leader in making novel microscopes for studying complicated biological phenomena live. Her research was focused on the interactions of ASN with multiple neuronal proteins involved in cellular trafficking. The molecular events governing packaging and transporting of cellular cargo in and out of cell in rat model system. During her second post-doctoral research at University of Medicine, Gottingen in the Dept of Neurodegeneration, she was part of team involved in testing of proposed potential compounds and their interaction with ASN within cells. Her interdisciplinary research exposure gathered her expertise in cutting edge microscopy, biochemistry, molecular biology, cell biology and neurobiology.
Vaishali enjoys Teaching and Learning. She has an aptitude to learn new languages, she speaks Italian, German, Bengali, Punjabi in two dialects, Hindi and Bhojpuri, with varying degree of proficiency. She is an enthusiast in Latin American dance forms and Photography.