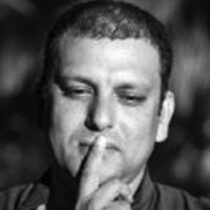 The Venerable Tenzin Priyadarshi is an innovative thinker, philosopher, educator and a polymath monk. He is the Director of the Ethics Initiative at the MIT Media Lab and the president & CEO of The Dalai Lama Center for Ethics and Transformative Values at the Massachusetts Institute of Technology. The Center is a collaborative and nonpartisan think tank, and its programmes emphasise responsibility and examine meaningfulness and moral purpose between individuals, organisations, and societies. Six Nobel Peace Laureates serve as its founding members and its programmes run in several countries and are expanding.

Venerable Tenzin’s unusual background encompasses entering a Buddhist monastery at the age of ten and receiving graduate education at Harvard University with degrees ranging from Philosophy to Physics to International Relations. He is a Tribeca Disruptive Fellow and a Fellow at the Center for Advanced Study in Behavioral Sciences at Stanford University.

Venerable Tenzin serves on the boards of a number of academic, humanitarian, and religious organisations. He is the recipient of several recognitions and awards, and received Harvard’s Distinguished Alumni Honors for his visionary contributions to humanity.