Vidyut Sivaramakrishnan is a former first class cricketer who has played more than a 100 first class games (one dayers included) over a span of 12 years for Tamil Nadu, South Zone ,India A, India under 19s, India under 23 and various other teams. He is the only player in the world to score a century batting at No. 11 and at No. 1 at the First Class since the inception of the Game.Vidyut was a part of India under 19 team which won the world cup held in Sri Lanka in the year 2000. The following year he was the highest wicket taker for India under 19 against England under 19 in a test and one day series against the two nations.
In the year 2005 he opened the innings with the great Sachin Tendulkar in the Challenger trophy and won the man of the match in the finals which earned great praise from the master.
Vidyut also played for the Chennai Superkings in the inaugural year of the Indian Premier League under the captaincy of MS Dhoni and was a consistent performer that season. He was part of the squad for the next three years.
Vidyut is a qualified Level 2 coach certified by the International Cricket Council (ICC) and a Level 1 certified coach certified by the Board of Control for Cricket in India (BCCI). He has coached the junior Tamil Nadu teams for 5 years at various levels . Has been coach of teams at the Karnataka premier league and the Tamil Nadu premier leagues and has coached the likes of K.L.Rahul, Washington Sunder and other young starts of India.
Last season was a part of the Delhi Daredevils coaching staff and worked with the likes of Australian legend Ricky Ponting and co during the pre-camp. At present Vidyut coaches and mentors batsman from all over India and helps them cope with the demands of the present day game. At Krea, Vidyut would like to work with students, faculty and staff, to focus on sports of all kinds, nutrition and wellness, and make them a way of university life. 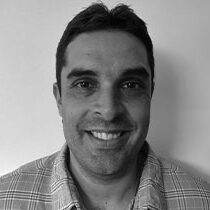