The blog is written by Jaykumar Patel. The Author is a MBA student of IFMR GSB at Krea University.

A Cryptocurrency is a digital currency that is created and managed through the use of advanced encryption techniques known as cryptography. Cryptocurrency leaped from being an academic concept to (virtual) reality with the creation of Bitcoin in 2009 by the launch of “White Paper” by “Satoshi Nakamoto”. Bitcoin which I guess most of the people know for its significant growth in a short period of time, be its surge in price by 10 times as it peaked its value in April, 2013 in just two months from a mere low of $266 per Bitcoin. Or the Bitcoin during the most amazing period of Bitcoin bubble in 2017 which ultimately crashed in the beginning of 2018. But somehow cryptocurrencies still stand out to be different from the normal Fiat money.

Cryptocurrency is a virtual currency which is decentralized in nature that uses peer-to-peer technology. It enables all the functions such as currency issuance, transaction processing and verification. The real secret technology backing the cryptocurrency is the Blockchain Technology, which in expert’s view can be named as the technology which is going to change the world. Just like what the internet did to the world starting from the early 1990s, what Mobile connectivity did to the communication (telecommunication) industry from the early 2000 till now. Blockchain is going to play the same role for the world in the coming years as backed by many researchers. Blockchain technology is most simply defined as a decentralized, distributed ledger that records the provenance of a digital asset. The same system and technology which ensures the security of the cryptocurrency.

To make the understanding simple, here we will just consider the most well-known cryptocurrency i.e. Bitcoin.

Bitcoin is a decentralized, not governed by a central authority. But is generated by the miners which are spread all across the globe and hence is manipulation free or free from any government interference. The value of a Bitcoin is wholly dependent on what investors are willing to pay for it at a point in time. The security and credibility of bitcoin is supported by blockchain technology, which is in the current world…is impossible to hack!! Bitcoins are created digitally through a “mining” process that requires powerful computers to solve complex algorithms and crunch numbers. Currently, Bitcoin is created at the rate of 25 Bitcoins every 10 minutes and will be capped at 21 million, a level that is expected to be reached in 2140.

On the other hand, Fiat money is a centralized currency which is governed by the central authority (central banks) and can be manipulated by the government as and when needed by them. The classic example is the currency devaluation of Yuan exercised by China to boost its exports. Fiat currency issuance is a highly centralized activity. While the bank regulates the amount of currency issued under its monetary policy objectives, there is theoretically no upper limit to the amount of such currency issuance. The classic example to the same right now is the world’s most accepted currency- the US Dollar, wherein the Fed is creating trillions of dollars as we speak to fight the current COVID-19 pandemic just to keep the financial system from collapsing. The aftermath of excess money printing can be known from what happened to Zimbabwe and Venezuela.

Adding to the current fiat money market, Investment strategist and Author Jared Dillian said “The dollar has no real intrinsic value, backed only by the full faith and credit of the US government” explaining further he says: Under a fiat currency system, the government says that a dollar is a dollar. Its value relative to things such as other currencies and gold is determined on global market….if there are too many dollars in circulation, the monetarists would say that the value of those dollars has diminished, eventually leading to higher prices for things.

In other words, money is losing its meaning!!

Are there any drawbacks of Cryptocurrency?

Just like a coin has two sides, cryptocurrency also has its own drawbacks, because of the anonymity and untraceable nature of cryptocurrency, it attracts illegal activities including money laundering, drug peddling, smuggling and weapons procurement. This has attracted the attention of powerful regulatory and other government agencies such as the Financial Crimes Enforcement Network (FinCEN), the SEC, and even the FBI and Department of Homeland Security (DHS). Though new security means are under development by data experts to overcome this challenge.

When we think of Cryptocurrencies the first thing that hits our mind is Bitcoin, of course there are Altcoins (Alternative of bitcoins) like litecoin, Monero, Dogecoin, Petro, etc. But Bitcoin is the only prominent and relatively stable and mature virtual currency in terms of value in the market right now. The easy availability and its generation by the mining process is easy to learn and exercise as well. You can even say that it is the bias of human nature to be attracted to Bitcoin after all the wonders miners and investors have seen during its rapid price surge in 2017.

Currently, Bitcoin is the most expensive cryptocurrency in the market followed by Maker, Bitcoin Cash, Bitcoin SV and Ethereum.

Why are you talking about it just know?

Simply because “Bitcoin is immune to coronavirus!” The world was already on brink of an economic crisis and the current coronavirus outbreak was just an extra fuel to a much larger economic recession. Economies all over the world are affected by the same, manufacturing and supply chain is severely hit. This ultimately affects the value of the stocks market, commodities market and obviously the currencies market because of the halt on import and export of goods and services. Moreover, in times where market turmoil, digital money and fintech apps have seen usage growth significantly. In fact, the COVID-19 pandemic has fuelled a 72% surge in the use of fintech apps in Europe during the last few weeks as people globally try adapting to new working conditions. Digital money is safe-to-use to provide remote payments – a quality one merely thought of as mostly just a convenience before, but now the most important thing that the world prefers is electronic payments to the risk of handling potentially virus-infected physical currency. Not only this, the decentralized nature of Bitcoin makes it more useable and preferred mode for transactions. Bitcoin is an asset that has almost unlimited potential in terms of price growth, and as Pantera Capital’s estimates show, new price records can be expected in 2021. As the world progresses and fights back against the pandemic, Bitcoin’s value and acceptance shall grow, from routine payments to much more sophisticated uses yet to be imagined and created by necessity being the mother of invention. Amid the current crashing global markets a new idea of shifting towards buying non-stock assets like cryptocurrency is gaining a lot of popularity.

Robert Kiyosaki, author of the best-seller “Rich Dad, Poor Dad” argued that the coronavirus pandemic is great for Bitcoin and Bitcoin ultimately stands to go parabolic after the coronavirus ends. He is so positive about Bitcoin that he called it People’s Money.

Tim Draper, an American venture capital investor says that he is certain that the lockdown and money printing initiated by world governments is going to make fiat less worthy and could push people to Bitcoin. He urged on saying that Bitcoin could be a key player in helping to recover from the economic meltdown after the pandemic gets over.

Nassim Taleb, author of the best-seller “The Black Swan” has urged Lebanese citizens to turn to cryptocurrencies, after the Bank of Lebanon increasingly impose tighter controls amid a deepening financial crisis.

Has it already started showing its magic?

Well, let’s just say it has started and the actual potential of Bitcoin is yet to be seen. Some of the points that might help you understand the actual picture of Bitcoin or Cryptocurrency during this pandemic is as follow:

Just an observation note that the last two-point talks about those counties which have faced severe consequences of hyperinflation, one of the key factor driving it was excess printing of money (Fiat money). And now they are trying to fix this using a decentralized virtual currency with a new ray of hope. The third last point talks about one of the worst coronavirus hit country, and even they are taking a stand to fight against it using the cryptocurrency (Bitcoin).

So in my view, I think this downside of coronavirus outbreak is going to be positive for Bitcoin as well as other cryptocurrencies in an urge to become financially independent, a hope for many severely affected countries and by investors as a potential income source.

Disclaimer: The opinions expressed in this article are those of the author. They do not reflect the opinions or views of Krea University or its members. 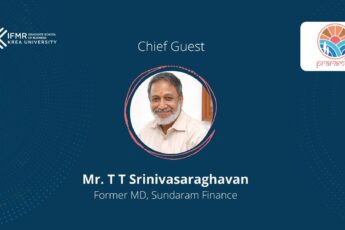 5 Takeaways from the Chief Guest address at ‘Prarambh 2021’ 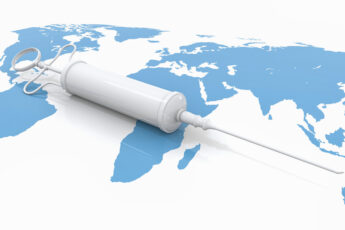 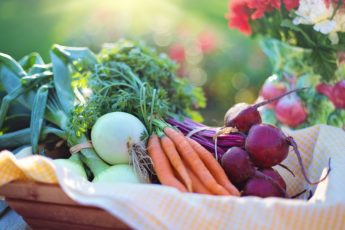