Dr. John W. Etchemendy was the 12th Provost of Stanford University and is the Patrick Suppes Family Professor in the School of Humanities and Sciences. He joined the Department of Philosophy at Stanford in 1983 as a faculty member and is also a faculty member of the Symbolic Systems Program. He is a Senior Researcher of the Center for the Study of Language and Information at Stanford. He serves as a Member of the Advisory Board at Coursera, Inc. since December 2012. He earned his doctorate in Philosophy at Stanford University in 1982.

As Stanford’s longest-serving Provost, he left a legacy featuring a strengthened academic program, a modernized campus, an unrivalled financial aid program and a culture of collaboration.

Dr. Etchemendy’s research interests include logic, semantics and the philosophy of language. His book “The Concept of Logical Consequence (1990, 1999)” and the latest one, written with Jon Barwise and Dave Barker-Plummer, “Language, Proof and Logic (2000, 2006)”, are popular books on logic. He has also developed numerous pieces of instructional software, including Turing’s World, Tarski’s World, Fitch, and Hyper Proof, software that allow computers to support the reasoning process. 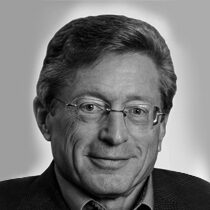